Join us for authentic Muay Thai Kick Boxing at Balance Studios in Philadelphia.
We offer classes in Fishtown, Center City and Northeast Philly.

Balance Studios is the home of safe and authentic Muay Thai instruction in Philly. Balance currently has the highest level instructors in the city of Philadelphia.  Kru Andy Russell and Phil Migliarese have been practicing Muay since 1990 and have been part of the world of Philly boxing since the 1980’s with Ricardo Migliarese. Most of our striking teachers have more than 10 years of experience and are trained to lead classes in a level specific way.

Balance Muay Thai and Boxing classes operate a little differently than most MMA schools in Philadelphia. We teach in a step by step process that will keep you safe in a striking battle.  Footwork, defense, angles, proper technique, and timing are the most important elements to becoming a successful Muay Thai or Boxing fighters. Our instructors coach the average hobbyist, professional Muay Thai Fighters, and UFC/Bellator MMA fighters.

Balance Studios is associated with Ajarn Kevin Seaman (Ajarn means head instructor), a certified senior instructor and consultant for the Thai Boxing Association USA (TBA) under Surachai Sirisute (known to his students as “Ajarn Chai“)  Master Chai is the founder and President of the Thai Boxing Association of the USA and Kevin is one of only a handful of American instructors to ever receive the title of “Ajarn”. 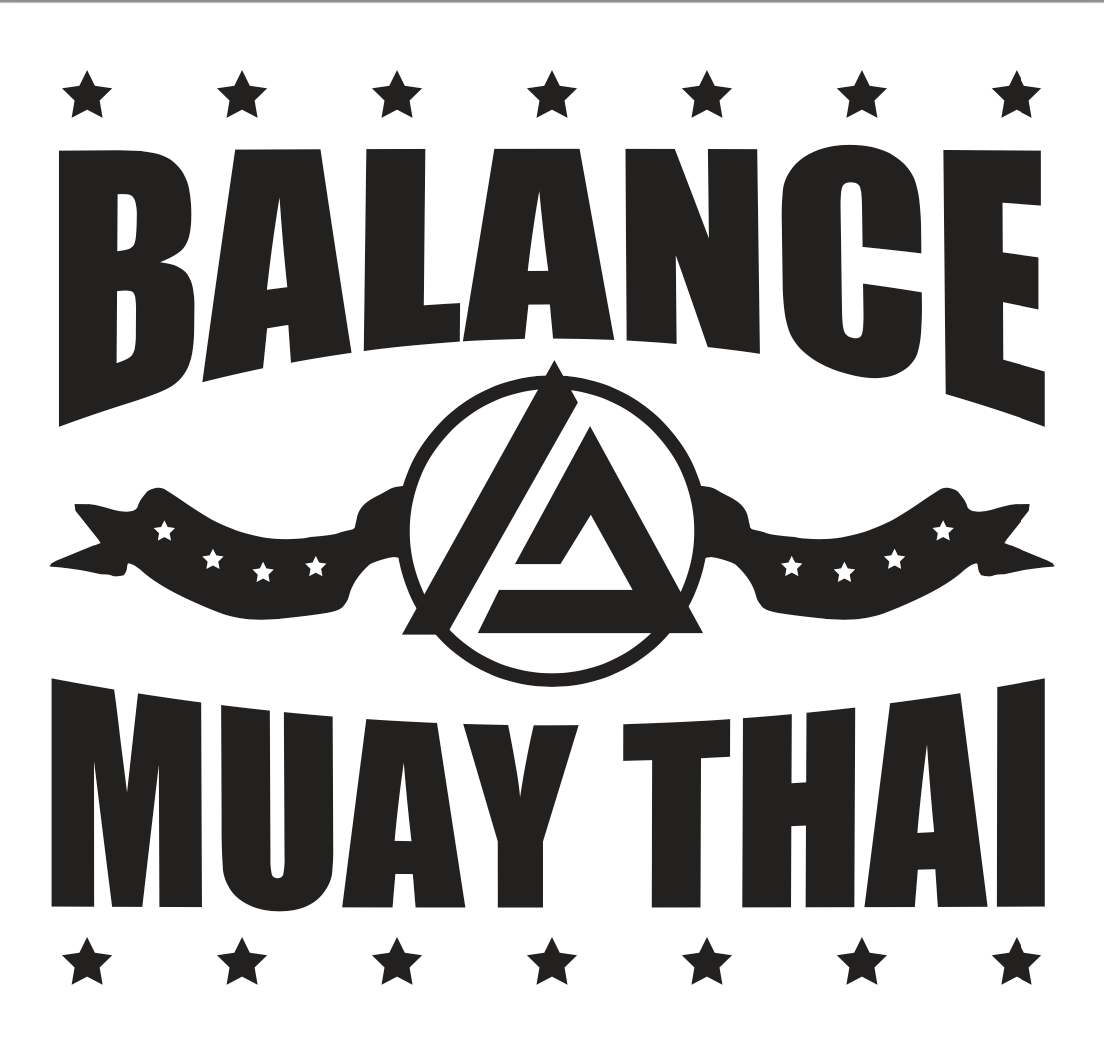 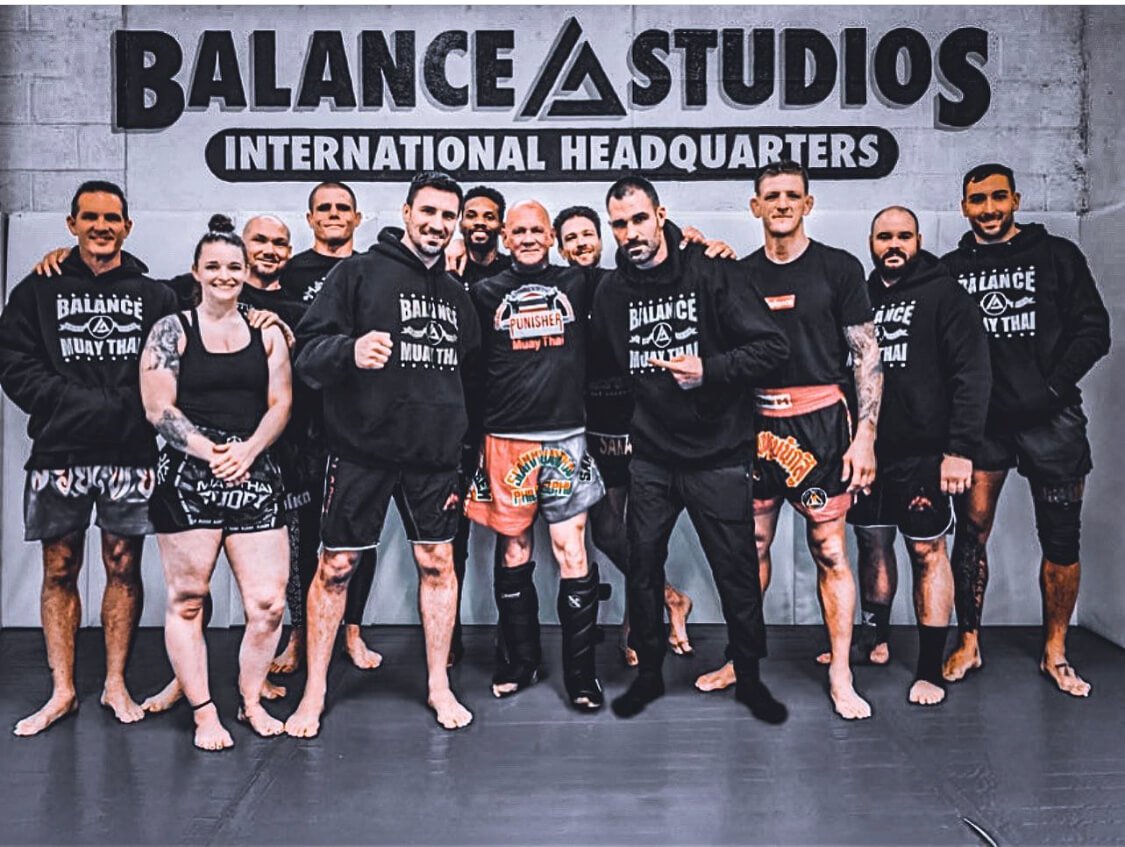 The Balance Muay Thai staff has over 100+ years of experience teaching beginners and the Pro kickboxer!

Check out a few clips of our pros

The Migliarese Brothers were strikers before grapplers!

Even before the Migliarese brothers were grappling with the famous Gracie family, they were strikers by lineage.

Phil and Ricardo’s father and grandfather (in the 1940 picture to the left) all had boxing experience and gifted those skills to the the boys at a young age. Since the ages of 5, Phil & Ricky have been “throwing hands” as boxers.

Phil Migliarese III began Muay Thai kickboxing on the same day as Gracie jiu-jitsu 25 years ago. He began his training with Bill Scalia and Bob Karmel at the Philadelphia branch of the Thai Boxing Association of USA (TBA). Phil is now studies under Ajarn Kevin Seaman.

What is “Intelligent Striking?”

In a nut shell, owners, Phil and Rick Migliarese are GJJ Black Belts who can also teach you how to throw a punch or a kick.

Their experience has led them to what they refer to as “Intelligent Striking”.

Intelligent Striking is striking that takes into consideration placement, timing, planning and consequences and is especially important in street fighting. Certain striking and combinations of striking leave you vulnerable to be taken down or opened up to the striking of your opponent. Phil and Rick acknowledge that a plan of attack is one of the most important aspects of striking. The Balance in their striking strategy and instruction is teaching their students to fight on both sides. Their experience has taught them that being able to jab with both hands, kick and knee with both legs and anticipate the moves of their attacker on either side is essential.

With more than 20 years in the business, Balance Studios specializes in teaching Gracie Self-Defense and Muay Thai Basics to beginners who are looking to train in a professional setting. Our dedicated beginner teaching staff is trained to help you get to the intermediate level. Not only do we teach the best martial arts in the world, but we made it easy to learn, safe, and organized.We emphasize safety, optimism, humility, respect and an open dialogue between student and instructor.

Thai Boxing 101 is a motivational program, geared toward teaching the basics of the sport of Muay Thai.

Join us for
7 days free

Fill out the form to receive our web special discount (up to 30% off), class schedules, prices,
and 7 day guest pass.